What's the big deal about Kelp?

​Move aside, Aquaman, a new hero of the oceans has arrived! Whilst its abs may not match up to those of Jason Momoa, when combatting the two monsters of marine climate change – warming and acidification - this hero may be second to none.

​However, these incredible ecosystems are disappearing at an alarming rate due to rising ocean temperatures, acidification and increasingly extreme weather. Australia alone has already lost 95% of its kelp forests.
​The Climate Foundation has developed a method of growing kelp forests below sea level on irrigation platforms, known as Marine Permaculture Arrays (MPAs). Nutrient-rich, cold water is pumped from deep down in the ocean to the platform, recreating pre-global warming temperatures and providing all the nutrition the plants need to grow up to 61cm a day!
Once harvested, the best of the kelp can be used for numerous products including food, biofuel, animal feed and fertilizer. ​However, the most important part is the climate-saving storage of the carbon, so the majority of the seaweed is sunk to the bottom of the ocean where the carbon can be stored for millenia. According to the Climate Foundation, each dry ton of kelp sequesters one ton of CO2.
​​If all of that weren’t enough, there are even further benefits: 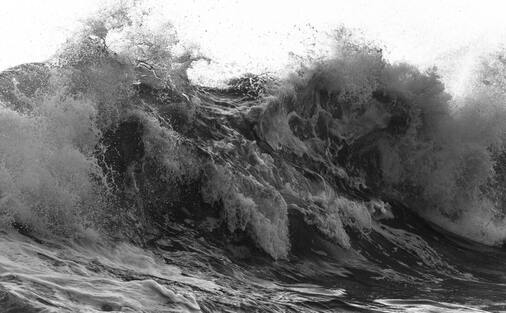 ​
The MPAs are completely sustainable, using wave energy to pump the cold water to the platorm and produce enough kelp to mainain a harvest every 90 days, while being at a depth of 25metres protects the platforms from damage by extreme weather or shipping.
​As with all reforestation projects, this does not let us off the hook in terms of preventing climate change through other measures like flying less, eating less meat and burning less fossil fuel, but it may be a vital part of the solution to keeping global temperature rise below 2°C.

The Climate Foundation’s trials have proven that their marine reforestation technology works. That’s why JUST ONE Tree is joining forces with them on this exciting venture to sequester carbon from our oceans.
​