My Road to a Million Trees

The First Tipping Point
“Around the year 2030, 10 years 252 days and 10 hours away from now, we will be in a position where we set off an irreversible chain reaction beyond human control, that will most likely lead to the end of our civilisation as we know it.” Greta Thunberg, April 2019.

I remember the moment exactly. I remember my then 2-year-old daughter had just gone down for her nap. I remember where I was sitting as I picked up the article in The Guardian. And I remember the overwhelming horror which hit me as I read that one, terrifying, sentence.

It was the words ‘irreversible chain reaction beyond human control’ that hit me the hardest. The realisation we will have crashed passed a tipping point where, no matter what we do, it will then be out of our control and we’ll be on a non-stop trajectory ending with the destruction of our planet.

I always knew climate change existed and I believed it was happening. But I always thought there was plenty of time - that if I had kids, they could be the ones to help solve the problem. I had never understood the urgency.

With my daughter lying in bed - this tiny little fresh and pure thing - I felt completely terrified for her future. What had I done bringing her into this world?

I panicked. And as a producer at heart, we’re trained to be problem solvers. I just never realised my career had been training me to try and solve the biggest problem of our time.
On set images taken whilst filming "Shreddies Knitting Nanas" on location in Prague
​
The First Thought
When I discovered how cheap it was to plant a tree, I wanted to scream and shout it out as far as I could. I’d plant a tree for my daughter’s future, and I’m pretty sure all my friends would plant trees for their kids. What if I rally enough people together and we just start doing it!

At the time, governments were dragging their feet, not recognising we were in a climate emergency and making empty promises about where our recycling was ending up. There had to be more that could be done. If people joined together through planting trees and taking direct action, we could be the ones driving change and having an incredible impact on the planet.

It got me thinking, how many people are there in Extinction Rebellion, who at the time were marching on the streets? What if those thousands of people all planted just one tree… think of all that biodiversity and wildlife returning, not to mention the impact on atmospheric CO2 levels.
With the climate alarm bells ringing so loudly, I wanted to shout it from the rooftops, tell everyone we can’t wait and need to start doing something today! Right here, right now!

I was very determined because I knew if I didn’t do anything about it, I’d never be able to live with myself.
​My First Step
I spent a lot of time researching, looking into potential project partners and carrying out due diligence into methodology, governance, social and environmental impact, survival rates of the trees, and so on.
And when I was told to conduct market research first to see if it was a viable business, I thought ‘sod that!’. Giving it a go will be my market research. If I plant 900 trees in a year and that’s where it ends, then that’s 900 more trees out there than if I hadn’t bothered.  ​
In June 2019, just two months after reading Greta’s speech, JUST ONE Tree was officially up and running.
It then struck me - what if we launched a non-uniform day in schools where pupils can unite together for the planet. It would help raise awareness and let children know they’re not alone in this fight while teaching them about the planet and empowering them to reforest it for their future.

Ellie helped me put the packs together to tell schools about it and by the end of September we were ready.
The First JUST ONE Tree Day
The first post we put out about JUST ONE Tree Day, purely by chance, happened to be just days after Greta’s main climate strikes of 2019. It went mini-viral, reaching over 500,000 people with over 72k engagements. Thanks to all those parents who read that post and went into their schools encouraging them to take part in the JOT Day, we had 350 schools take part that year, planting over 100,000 trees!
This year, we’re twinning a school in the UK with one of the schools in Kenya where many of the trees from JUST ONE Tree Day are planted and cared for by the pupils.
The First Corporate
Off the back of JUST ONE Tree Day, more people were beginning to hear about us. I had a few corporates coming on board who wanted to sign up, but the real first step was in the December when I got an email from Oxford HR, a leading recruitment company in the third sector.
I get a little bit attached to everyone on this journey because we’re all wanting to heal the planet.
​The First Plots
The first JUST ONE Tree Day helped launch some amazing JUST ONE Tree plots. The first one was Nyambene just North of Mount Kenya; it was so exciting to see images coming back of the plot being made ready for our trees to be planted. 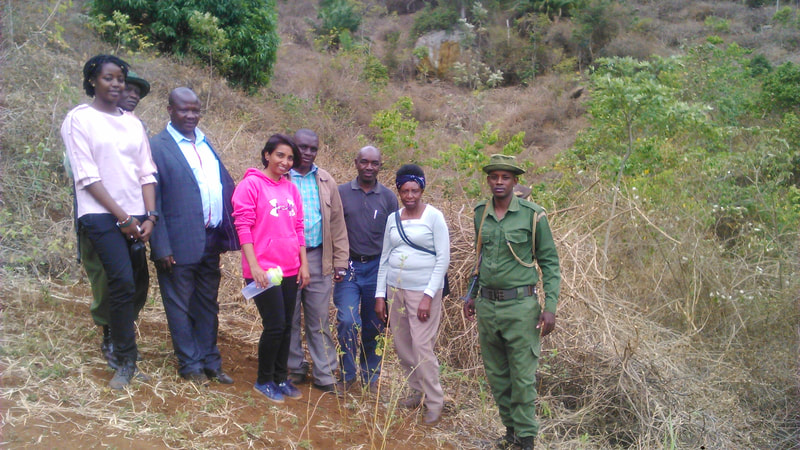 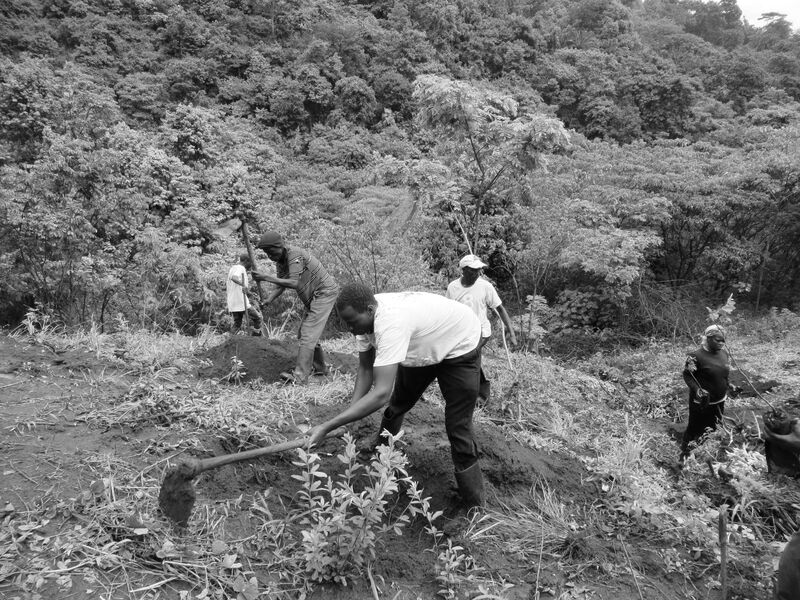 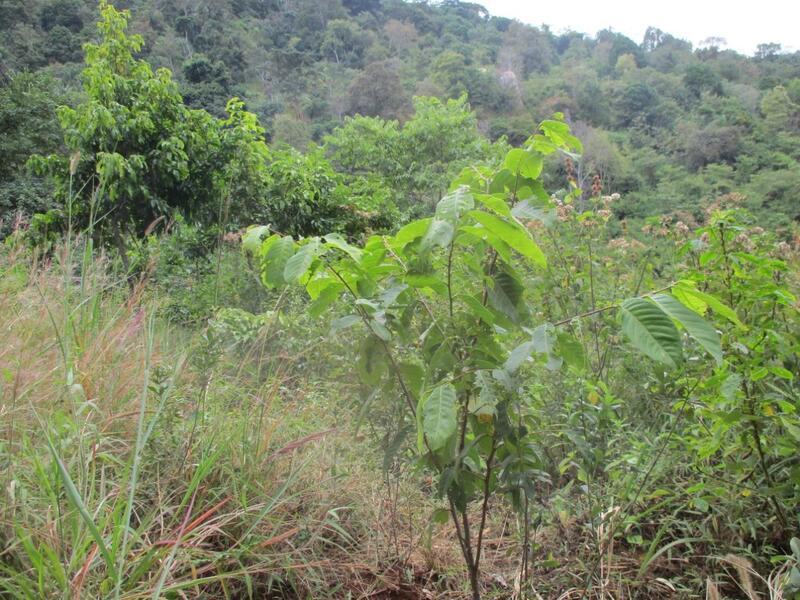 Another favourite is Ankilahila in Madagascar. The children that took part in JUST ONE Tree Day in Gibraltar – I think it was 11 out of the 14 schools there – all voted where they wanted their trees to be planted. They chose Madagascar.

Just a few months, later we were opening a mangrove plot on the north-west of the island.  This plot has so many benefits, the key one being large CO2 absorption, but its location is helping to prevent soil erosion and it’s on the edge of a dry deciduous forest, known as a fringe forest, so we’re expanding wildlife for species which are struggling in Madagascar, including lemurs, crocodiles and a range of bird species. 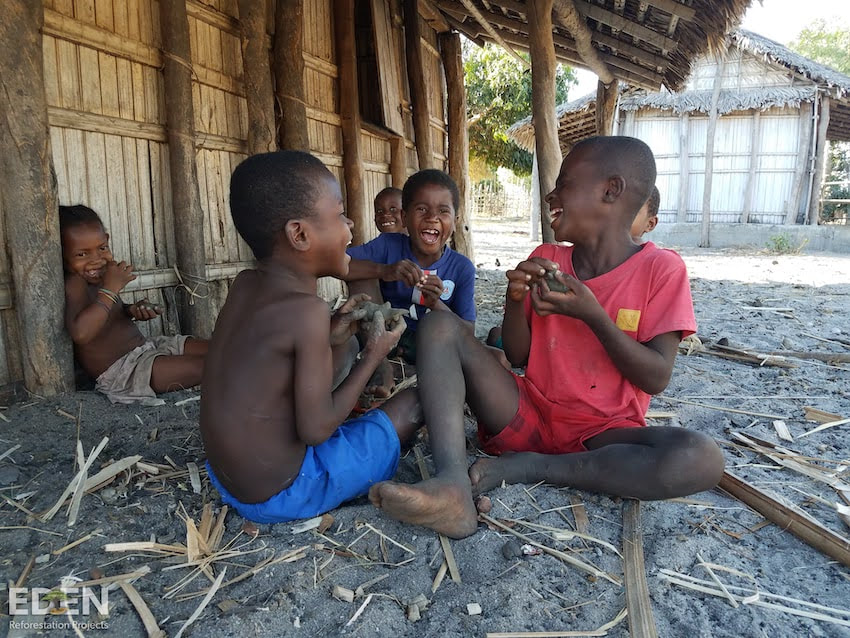 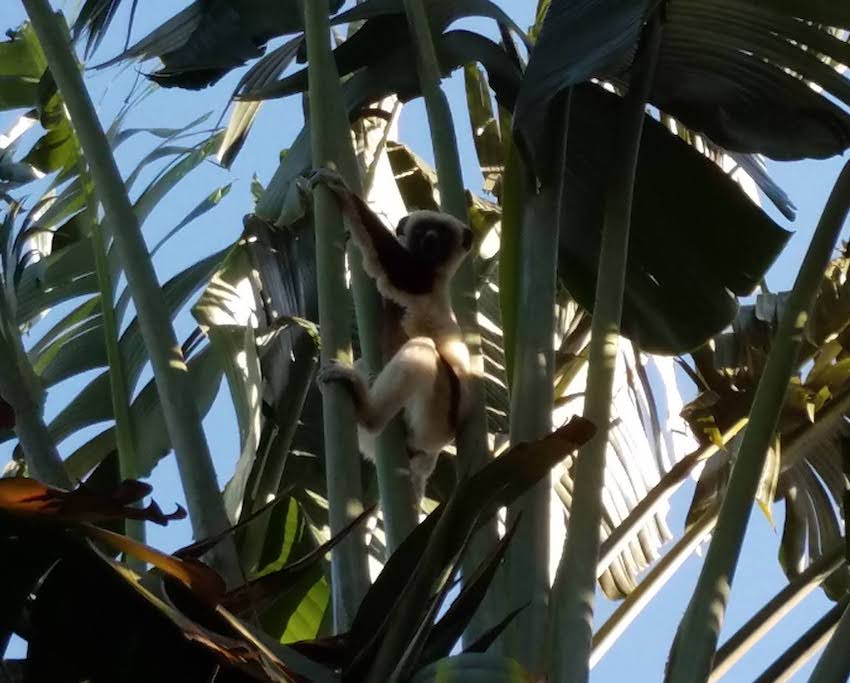 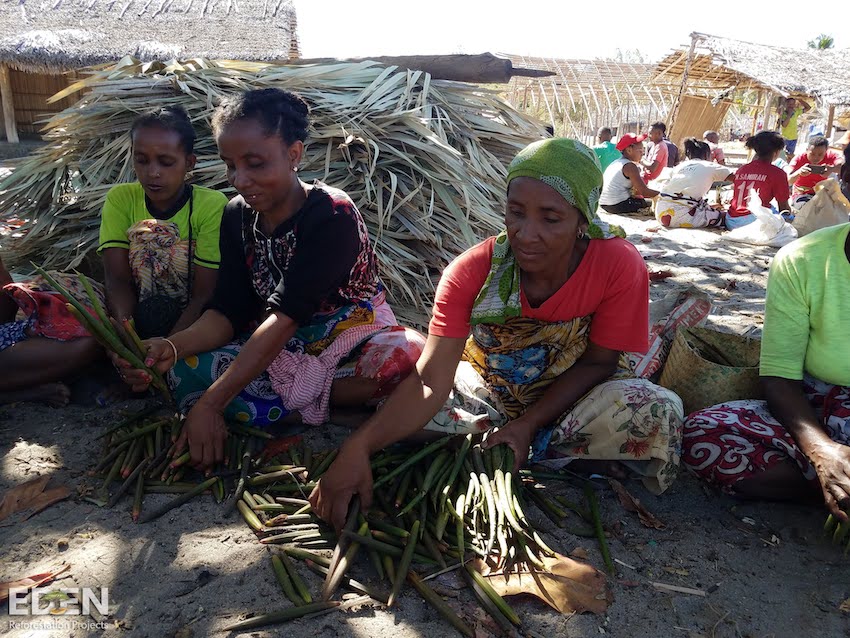 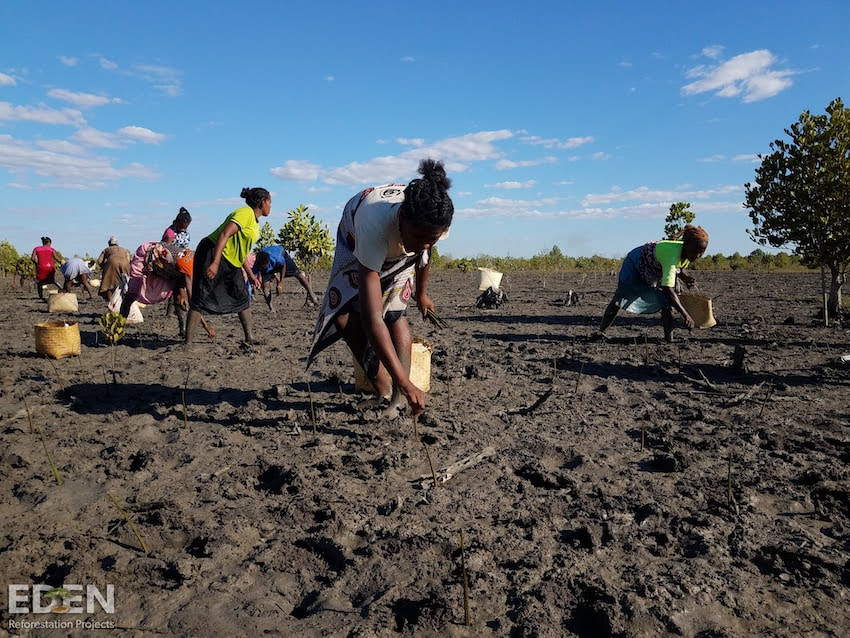 ​The First Volunteers
In the December after JUST ONE Tree Day, we were growing bigger and bigger. I decided that if we were a charity, I would have a board of trustees offering their expertise. As a CIC, this wasn’t necessary, but there was nothing to stop me pulling together a group of advisors who could offer me their guidance. I managed to attract an amazing bunch of experienced people from the charity, business and finance sectors to help guide me on this journey.

In March 2020, lockdown happened but it also gave me the opportunity to come across some other amazing people, including Alexis Eyre who came on board to be our Marketing Guru, Kathryn Cook who guides our media and communications and Andy Bravery, our Salesforce Architect. The final piece of the puzzle was Anton Nebbe who joined us the following winter to lead our PR. In addition to these core players, we’ve had amazing people volunteer for us, including our blog writer and social media crew.
But I still wanted to go even further. I had been wondering how we could get deeper into the oceans and then by chance I happened to watch the film ‘2040’. It’s an incredibly uplifting film about climate change and where we could be in 2040 if we use the technology we already have at our fingertips today. In the film one of the things they look at is Kelp. Brian Von Herzen was being interviewed about Marine Permaculture, where kelp is grown on platforms using green technology to create pre-global warming growing conditions.  He happened to say the words ’kelp is the fastest growing tree on the planet’. That was it! That was what I had been searching for.
​The First Million
Two years on from when it all began, we’ve well and truly punched through that million trees planted mark. I remember in the early months watching the tree count go up and wondering if we’d make 1000, then 4000, now we’re over a million. It’s been a lot of hard work and long nights, striving really hard to make this happen.

When I read the horrifying headlines such as wildfires in America and Siberia, flooding in Europe and that the Amazon is now emitting more carbon dioxide than its storing, I feel even more determined to push onwards.
People often ask ’are you proud of what you’ve achieved?’ To be honest, I’m always thinking about my to-do list and the incoming enquiries from around 2 – 3 businesses getting in touch every single day! 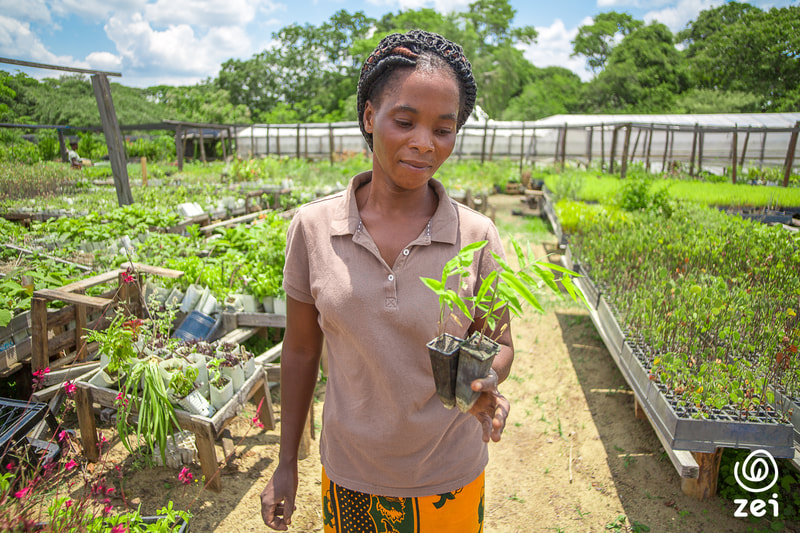 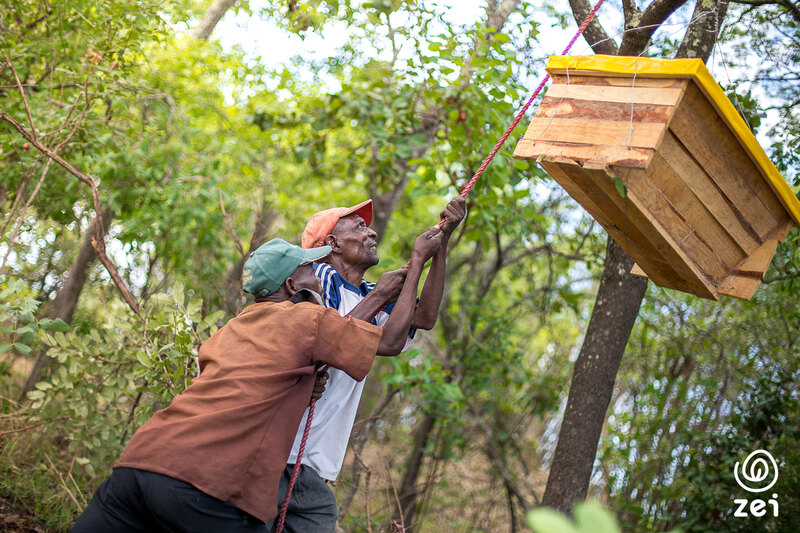 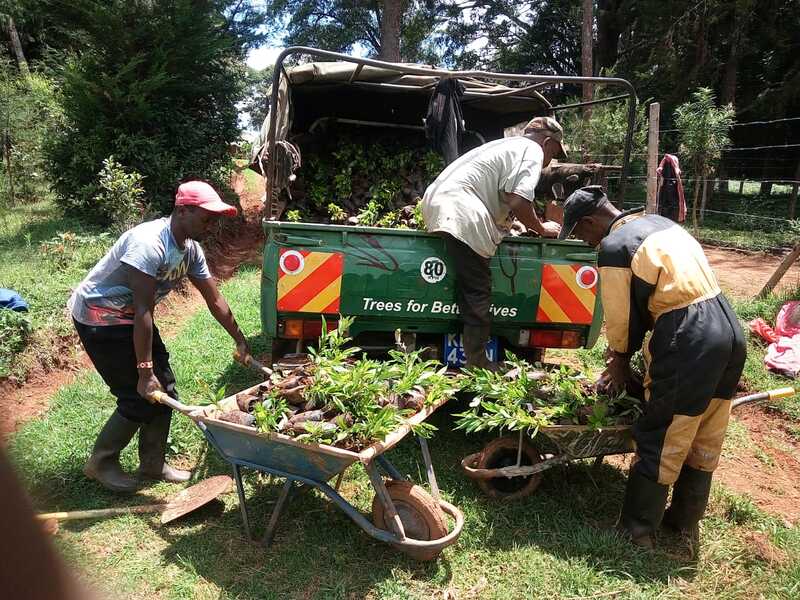 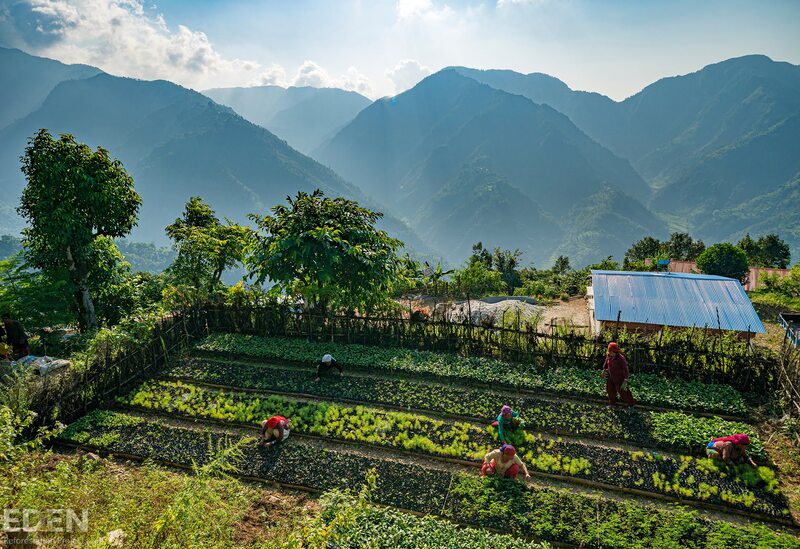 But the main thing I like to imagine is what it would be like to walk through those forests in a few years’ time, to see the biodiversity coming back, listen to the sounds of the forest, or see the fish swimming among the mangrove roots.